The bail for blast 2006 accused raises several questions pertaining to counter terrorism approach. I have the following questions in my mind:
1)      Why were the fake people arrested & made to “confess”? Was it done due to media pressure or to impress political bosses?
2)      Considering this case, I am inclined to ask whether accused arrested in other cases of terrorism during the tenure of concerned officials are genuine or not?
3)      If genuine accused are not caught, then they would commit more offences. Were the officials not aware of such grave implications?
4)      Now what will government do so to deter such investigators fooling (& jeopardizing the lives of ) public again?
5)      Fake persons were made accused not just by ATS, but also there were certain agencies acting behind the curtains. Do we need to still trust them?
at 21:42:00 No comments: 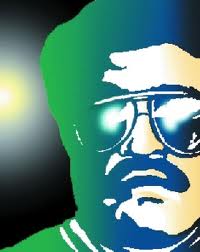 Underworld Don Dawood Ibrahim alongwith one of his brothers Musatkeem Kaskar & lieutenant Chota Shakeel has relocated to recently. Their identities have been changed. However, Anees Ibrahim, Tiger Memon & other associates of Dawood are still in .
Dawood’s shifting to has been facilitated by ’s ISI. Last July ISI chief Ahmed Suja Pasha went to and among several things which were discussed one was of relocation of Dawood Ibrahim.
It is said that Dawood & others have been relocated near , a city which is around 2 hrs drive from Hongkong. A large number of Pakistanis reside in Gunagzhou & have businesses related to electronic gadgets, hotels etc.
It might be a temporary relocation as after the Abottabad incident, didn’t want to face similar embarrassment. The growing acrimony between US & led to the fears that Dawood’s presence in could get exposed.
Getting Dawood from will be as impossible for as it was from . Post Abottabad incident & are strengthening their ties. Considering the kind of relationship has with , Dawood will feel as secured in as he was in . will never hand him over to and will never accept Dawood is on its soil.
at 18:28:00 No comments:

Chota Rajan called up from number +3444 at 1: 54 pm. He said the following in conversation with me: 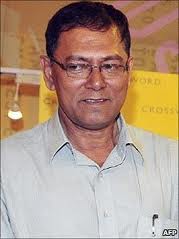 1)    I will kill Dawood Ibrahim if he comes to . He said this in response to the interview given by Parvez Musharaf to an Indian news channel.
2)    I regret killing journalist J.Dey. ( On my question-Why did you kill J.Dey?)
-         J.Dey was writing many articles against me, so once I called him up & asked politely if he had some personal problem with me. He denied, but said that he is going to & I should meet him there.
-         When J.Dey went to , I got a call from my based informer named Usman. Usman warned me that I should not go to to meet J.Dey as he was meeting Chota Shakeel people there. This made me suspicious.
-         After returning from London J.Dey spoke to me and asked why I didn’t meet him. When I said I couldn’t come for some reason, he told that soon he is going to Phillipines & I should meet him there.
-         Meanwhile he continued writing against me…like my gang has become weak, I am sick, my loyal people have left me etc. All such writings of J.Dey angered me.
-         He also gave undue credit to Santosh Shetty for killing Bharat Nepali which was actually my brainwork.
-         Hence, I developed an impression that he had started working for Dawood gang. I tried to convince him before killing, but he didn’t listen.
-         I am not sure whether he really was close to Dawood gang...but his writings made me feel like that.
-         But now I regret killing him. I should have ignored what he wrote about me. Journalists are free to write anything about anybody. I shouldnt have done that…but whatever has happened has happened...there is no point in discussing that episode.
at 20:57:00 2 comments: